B.C. is on the precipice of a marvellous drama, with high odds of everything blowing up soon

The following article comes care of The National Post: 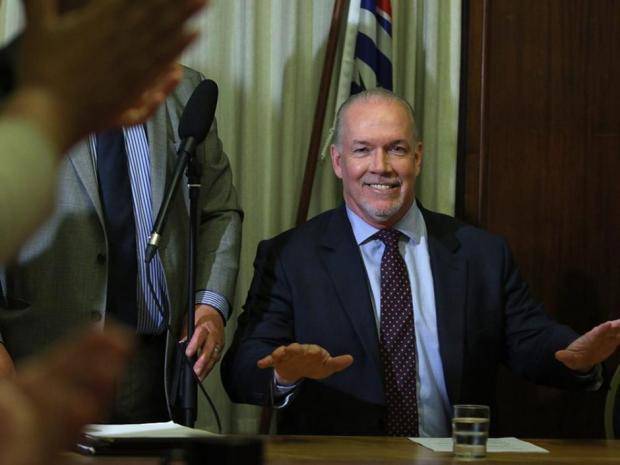 If you were a bookie, and you had to make an over/under betting line for the time till the next provincial election in British Columbia, where would you set it?

In 2017, this is a hypothetical question — in Canada. In a place like the U.K., where betting shops are cheek-by-jowl with newsstands and bodegas, it would not be hypothetical at all. It would already be solved. Canada is drifting slowly in that direction: I am not sure the betting-shop habit can ever take root here, but 15 or 25 years from now, someone will be setting “date of next election” betting lines for Canada and its provinces as a job.

They will have few puzzles as difficult as the one B.C. now presents. At the close of B.C.’s prolonged vote count, the new B.C. legislative assembly was set to contain 43 Liberals, 41 New Democrats, and three Green deputies. The Greens, placed in a decisive position, negotiated briefly with both of the big parties before arriving at a supply-and-confidence agreement with the NDP. Incumbent premier Christy Clark offered a calm reaction, saying she will exercise her right to meet the assembly, but admitted that she is outnumbered and may have to serve a spell as Opposition leader.

There is a chance everything will blow up soon

There is a chance everything will blow up before that happens. A new legislature has to elect a Speaker to preside before it can do absolutely anything else. At certain times in Canada’s colonial history, the members of a newly elected legislature met and found themselves unable to elect a Speaker because parties or blocs were tied. In those cases, the Lieutenant-Governor dissolved the assembly and called an immediate do-over election.

That is certainly what will happen now if the B.C. assembly meets and the parties reach a total impasse over a Speaker. The members of the assembly are not even technically allowed to adjourn on the first day until a Speaker is found. You cannot force any member to serve as Speaker, you cannot go ahead without one, and you cannot pick a non-member to do the job. The Lieutenant-Governor would wait as long as possible to act, and would want assurances from her first minister and others that there was no way of breaking the deadlock, but if it happened, a new election would become the only solution.

This would give us marvellous drama. The New Democrat-Green bloc could obviously elect a Speaker from their own number, but that would leave the benches on either side in a 43-43 tie. In that case the Speaker has a casting vote, which he is supposed to use in a nonpartisan way. But Clark, as incumbent premier, has the right to meet the assembly as premier and test its confidence on a Throne Speech.

The New Democrat-Green bloc could obviously elect a Speaker from their own number, but that would leave the benches on either side in a 43-43 tie

There is said to be a convention for Westminster-model assemblies that specifies rules for a Speaker’s casting vote, but the language in which that convention is expressed seems to me to vary in important ways from case to case. In recent Canadian situations, the rule has been that a government should not be defeated on a casting vote. But this element of the rule has only been applied to governments that already established confidence and then lost their numerical edge under post-election circumstances.

A Speaker plucked from the ranks of the B.C. NDP might thus have a perceived obligation to vote in favour of a Christy Clark Throne Speech. Or … he might not. My suspicion is that he probably wouldn’t, but I am not an expert on the constitution, and the situation might start a row amongst the people who are.

People who follow B.C. politics closely got the impression from Clark’s statement that she is sincerely resigned to defeat on the legislature floor, and that she is probably not going to pull any obstructive stunts. The consensus is that some Liberal – probably prior Speaker Linda Reid – will agree to serve. The job of Speaker is mighty plush, and hard to winkle anybody out of.

So the question for our hypothetical bookmaker, who is already tearing his hypothetical hair out, becomes: how long will the NDP-Green accord hold?

So the question for our hypothetical bookmaker, who is already tearing his hypothetical hair out, becomes: how long will the NDP-Green confidence-and-supply accord hold? It is an ambitious, saintly document that specifies a term of four years. But the effective majority of an NDP government with Green support, assuming a Liberal speaker, will be just two seats. (The convention preventing a government from being ousted on a casting vote will definitely apply once NDP leader John Horgan confirms that he has the confidence of the assembly.)

Two is not much of a margin. It is subject to floor-crossing, schism, scandal, resignation, illness, debility and death. (It could, of course, increase.) The Greens with their three seats gained a lot of leverage in B.C. politics, as is now apparent to all; but by the same token, any group of three grouchy or eccentric New Democrats can conceivably wield the same power.

Moreover, the NDP-Green agreement is so detailed and specific that there are a hundred reefs on which it could wreck. To take one obvious example, the NDP’s promise to have a referendum on proportional representation gives no answer at all to the question, “Um, what kind of proportional representation?” Anyone who has watched the early life of the Liberals’ majority government in Ottawa knows that some of the grander plans in the text of the NDP-Green deal will simply not happen.

The Greens will be given excuses, probably many, to pull the plug early if they see an advantage. If they support an NDP government for too long, people will start asking what the whole point of having Greens is (and, by the way, if you know, please tell me). My over-under? I say 22 months.